Haven’t been posting much artwork on here lately. Simply because there hasn’t been anything I’ve been doing that’s particularly worth posting. But I enjoyed how this C3PO drawing turned out so I thought I would share. I also have some new prints for sale in my store if interested (including this one). I have a couple of art shows coming up next month as well that I’m excited about too.

Welcome back, Space Ranger, to another “stomping” edition of Ad Nauseam! It’s the only article on the web published at 12:53 PM that features old comic ads likely forgotten for a reason written by someone with arrested development!

Tonight we travel back to December 1994, a time where the Mighty Morphin’ Power Rangers ruled our televisions and Cookie Crisp rotted our teeth. Also Big Daddy Cool  Diesel was WWF Champion and you can do what you will with that information. Among all the radical comics featuring popular antiheroes like Venom, Wolverine, and Jughead I present you with none of those characters! Instead here’s a comic I found in a dirty clearance drawer between 2 issues of Witchblade!

Fantastic Force is a group of intergalactic heroes led by none other than Mr. Fantastic’s son, Franklin Richards. Fantastic Force ran along side Marvel’s first family, Fantastic Four,  for 18 issues (1994-1996). In 2018, You can find issues of Fantastic Force‘s adventures in the 25 cent bin of any comic convention or as a makeshift rug underneath a cat’s litter box. According to the cover, this is their “2nd Stomping Issue!” which is an interesting (non)adjective to use. Not “explosive!” or “exciting!”. Perhaps they have a “3rd Sleeping Issue!”.

I’m not going to lie to you: This advertisement is the reason I purchased this issue. I mean, there’s some cool stuff advertised here but this? This is nostalgic pornography to me.

For a mere $14.99 ($1.95 S+H) you could become the baddest kid on the playground. As you’ll realize with the following ads, The Power Rangers were peak popularity and merchandise gold in late 1994.  The Teenage Mutant Ninja Turtles craze had faded and the Power Rangers took the preverbal ball and ran with it. Personally speaking, at the time I was completely engulfed in all things MMPR. You know that famous scene from Scarface where Tony Montana is sitting in his mansion surround by piles of cocaine and loyal henchmen? I was like that, except with Power Ranger merchandise and Kool-Aid Jammers.

I had toys, clothes, a lunchbox, and I was even a member of the Power Rangers Fan Club (I used to kiss an 8×10 of Kimberly before school). But seeing this particular ad actually gutted me with a emotional Dragon Dagger 24 years in the making. I could’ve whipped that football at my dog’s head, I could’ve gotten bored with that kickball within 5 minutes, I could’ve accidentally threw that frisbee on the roof, I could’ve chugged chocolate milk for a unique experience through that bottle, and I could’ve lost that sports bag on the 3rd day at school. Sure, it’s just a bunch of  marked up dollar store toys, but that’s the point! An ad like this is why I write these articles.

Power Rangers…you mighty morphed your way right into my heart.

I think I’ve mentioned in nearly every Ad Nauseam article the drastic change of marketing junk food towards children in modern times. You no longer get rewarded with points, prizes, or giveaways. Eating healthy is a reward within itself and that’s the route a lot of these companies have taken as well.  This isn’t a bad thing whatsoever and it does make looking back at ads like this much more interesting and nostalgic. And over the years there have certainly been some interesting and unique techniques to market these treats.

In the ad featured we have Sweetarts which was a personal favorite candy of mine when I was a kid. You mail away a form found on select Sweetarts packaging and you could win to a trip to New York, tour Marvel Comics Studios, and get drawn as a superhero by a Marvel comic artist. Pretty dang cool. Runner up prizes include a ton of X-Men and Spider-man merch as well. My favorite aspect of this ad has to be all the Marvel characters explaining how they became Superheroes. I’d love an alternate ad that would have The Punisher stating, “Get Your Family Murdered…”,  or Ghost Rider explaining, “Make A Deal With Satan…” or Man-Thing mumbling, “Escape from Terrorists After Being Betrayed By Your Wife…”.

Perhaps the kid in the superhero garb could have a gaunt regrettable look on his face. I think it really nails the experience of eating Sweetarts: At first it’s great, then you feel bitter. Kind of like going on Facebook.

I never had a Sega console until the Dreamcast. I purchased it used for $60 at a store called the Music Recyclery in the early 2000s. A friend of mine had a Sega Genesis but we rarely played video games when we hung out together. I was a Nintendo kid and concerning The Power Rangers, I had rented their two video games on the Super Nintendo a number of times. I can only describe them as Diet Streets of Rage with some Dollar Store Street Fighter Megazord levels thrown in-between.  But, as a diehard fan, they did the job and were passable games even till this day.

Concerning the Sega versions, the ad pictured shows screenshots of the Genesis game. This version was a Street Fighter-esque fighting game strung together by some cutscenes to present a by-the-mill MMPR story. You picked your Ranger, fought a monster, monster grew, you fought the monster as a Megazord. The Game gear version was similar except, you know, downgraded for the Game Gear. But the Sega CD version? That was interesting. The Sega CD often boasted about it’s “full motion video” which often led to “lazy boring games” and this Power Ranger “game” was no different. It was a full episode of the show. Button prompts would pop up on screen during the fights and you’d press them. Hit the right button you’d get points. Hit the wrong button you wouldn’t. But the video would continue no matter what you did.  So, essentially, you paid $50 for a 22 minute episode of the Power Rangers in 240p. Sure glad I had my Nintendo. 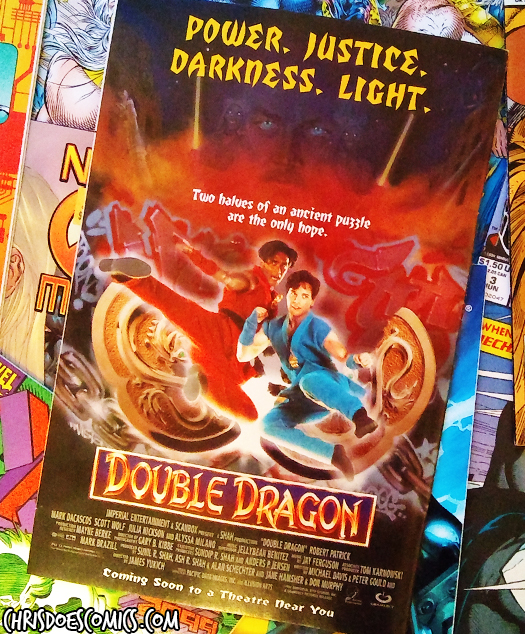 In 1993 we were gifted the Super Mario Bros. movie by cinema gods. The following year we were to be treated yet again to another game-to-film masterpiece we simply were not ready for: Double Dragon . I find the Super Mario movie to be a guilty pleasure. It’s like Dark City meets Lost World: Jurassic Park in the best and worst way possible. I wish Double Dragon were in the same category but it’s simply not. It’s just bad in a power glove type of way.

Double Dragon is based on the popular arcade game and it really blew up once it was ported to the NES. Your girlfriend gets punched in the stomach by a gang and you either pick Jimmy or Billy (they share the girlfriend?) to karate your way through the mean streets and get her back. And somewhere in time somebody thought that was 95 minute movie material. The T-1000 from T2 plays Koga Shuko, the dime store Gary Oldman villain who transforms into Bib Fortuna, Billy and Jimmy only wear their trademark outfits for 5 minutes, and production made Alyssa Milano at her peak-babeness look like a feminine Eminem cosplayer. It’s also to note that Paul Dini co-wrote this film. And if you understood what that means it’s quite shocking. I seen this film in theaters. I cannot tell you what I thought of it, but I remember wearing a Chicago Bulls windbreaker. My brain functions like Goofy’s jalopy from an old Disney cartoon.

But it’s good to know that a little over a month later we’d be given yet another gift from the cinema gods. Another wonderful game-to-movie masterpiece that human eyes couldn’t comprehend. Double Dragon may have been a financial and critical bomb but I view it as sacrificing itself for the greater good: Street Fighter the Movie. And it’s been a while since I referenced it.

We’ve reached the last page of wonderful ads straight from December 1994‘s issue of Fantastic Force: The World’s Great Fighting Team! What literary garbage will I be polluting your eyes with next time? Well, there’s just so many awful comics offered for mere shillings, how can I resist not feasting my eyes on those capitalistic endeavorers and write extremely overblown blog articles that nobody will read? You’ll always find articles on ancient comic culture right here on ChrisDoesComics. Until next time friends! 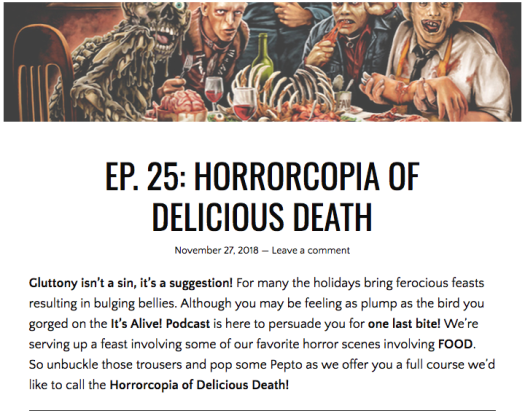