I can’t believe Sam Raimi’s Spider-man film is over 14 years old. That’s older than Tim Burton’s Batman when Spider-man was originally released (2002)! Where does the time go? 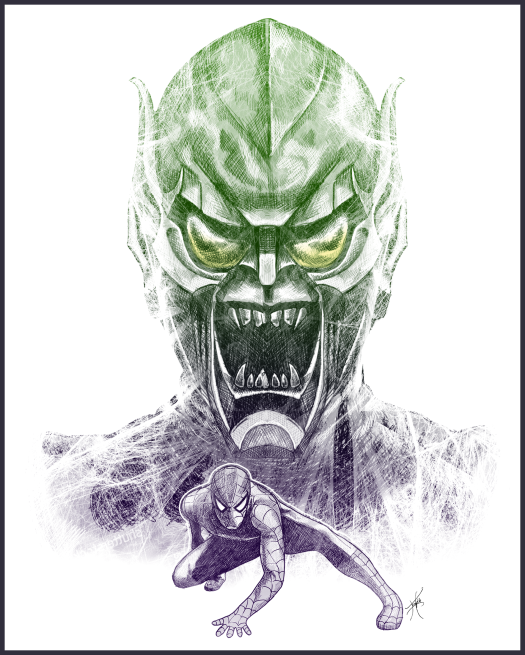 I really enjoyed drawing my Darth Vader/Kylo Ren composition so I figured I might do a series of similar art. I entered this into a superhero New York themed art contest as well. I was all about this movie in junior high. I think I have such fond nostalgic memories of it because it came out at I time where I was transitioning from a kid into a goofy hideous adolescent.

Also William Dafoe as the Green Goblin is super underrated as far as superhero villains go. He made it work. Power Ranger outfit and all.